Today I get to share with you a very special book, one that made me cry at its beauty when I thought I already knew the whole story. 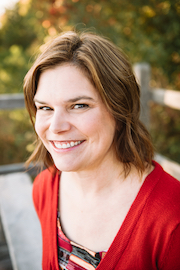 Angela Kunkel both a picture book writer and another sister soul working with children in a school setting.  After soaking up the sun in the Southwest for a number of years, she now lives in Vermont with her family, two dogs, two guinea pigs, and one rapidly-growing bearded dragon (really, it’s rather alarming). Angela currently works as a school librarian and is a former English Language Arts teacher. DIGGING FOR WORDS is her first picture book— look for both English and Spanish editions! You can learn more about her at her website. 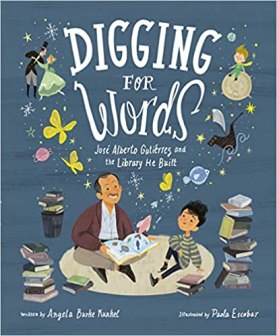 “Digging for Words” is based on a true story of Jose Alberto Gutierrez, a garbage collector, and the library he built out of books rescued from the trash bins.  I remember when a viral video about him came out. Even back then, the story made me pause.  It made me cry for a moment and then I moved on. It was a great story, but I admit that I never once thought of it as a picture book.  Nor did I imagine that it would become this picture book.

This is another one of those stories that surprised me.  Angela heard the underlying story within the story and captured its heart so beautifully that I was left stunned after I finished reading it.  It’s another picture book that must be studied as it captures that “fresh angle” so deftly that it defies imagination that it wasn’t captured before this.  It’s so simple, and yet it evaded so many other writers.  This story is a gift.

Welcome to my blog Angela!

Me: What draws you to writing picture books?

Angela: There are a few things that draw me to writing picture books, actually! First, I’m a visual thinker, even though I don’t have an illustrator’s skill or talent. My stories come to me in images, and I love reading picture books and appreciating the interplay between the art and text. I love the limited space and form as a challenge (most of the time), and the ability to tell a whole story in spare, lyrical language. And, in a practical sense, I appreciate working on a smaller scale. I find that I can hold a whole project in my brain and go back and reattempt or revise it multiple times. 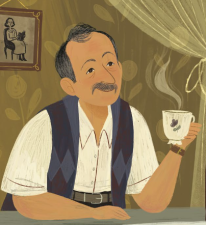 Me: Biographies can be quite a challenge.  You have to find that perfect moment of story in a lifetime of stories.  Yet you accomplished that with two main characters!  Amazing!  What gave you that idea?

Angela: Wow! Thank you for that. It means a lot, because I was definitely nervous about trying to fit the arcs of two different main characters into the limited space of a picture book. Quite simply, in order for readers to really understand the importance of José’s library, they needed to see the impact it had on a child. 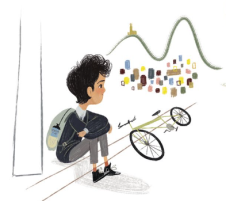 “Little” José is a composite of different children I saw in video footage of José’s project. Although little José is fictional, his story needs to be there alongside big José’s, in order to show why book access matters to all children.

Me: What was it about this man’s life that reached out and grabbed you?  What made you want to write this story before anyone else did?

Angela: Seeing a video about José’s work was definitely one of those lightning bolt moments. I wrote a full draft from the get-go (which doesn’t usually happen for me). The dual story of big and little Josés and the use of Spanish words were in place from the very beginning, although both took a lot of revision.

I was drawn to José’s story because of my own work as a school librarian. At the time, I was working at a dual-language middle school in Albuquerque, New Mexico, where book access and family outreach were both important parts of my job. Like the children in José’s barrio, many students had limited access books due to socio-economic barriers. I admired how José addressed the problem of book access in his neighborhood in a direct, concrete way, and I wanted to write about him from that librarian/equity perspective. 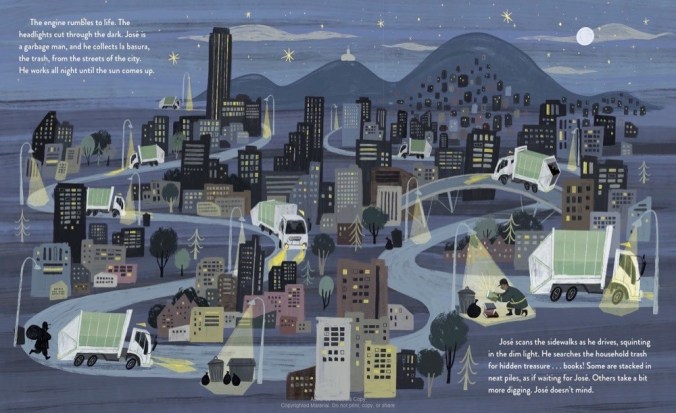 Angela: Oh, absolutely! I think book love is something we should all share with each other. My favorite thing about book people is that we want to connect and share that enthusiasm with others. That’s why José opened his doors and why I became a classroom teacher and school librarian. And reading itself opens doors— to new ideas, perspectives, and possibilities.

Quite simply, I think sharing that love is how we grow the next generation of readers, and I think that is something that José understands as well. 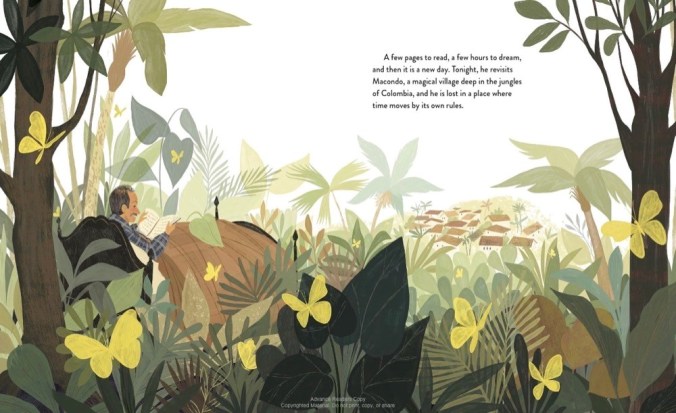 Me:  The illustrations by Paola Escobar in this book are stunning.  The relationship between the two main characters and the books were established before even a word was on the page.  Brilliant!  Were there any illustrating surprises for you?

Angela: Aren’t Paola’s illustrations absolutely incredible? Ann Kelley, DIGGING’s editor, had Paola in mind from the very beginning, and I’m so glad she did. I can no longer separate the text from Paola’s art work— she absolutely brought the story to life.

Once we were at a point in the book where I could see artwork, there were two fun illustrating surprises for me. The first was the endpapers. There’s a nod to José’s day job as a garbage collector and his literacy work in a super subtle way— so subtle, in fact, that my own kiddo noticed it before I did! Kids are so much better than adults at spotting those little details in pictures, aren’t they?

There are also a few scenes in the book that reference well-known works of literature, and an incredible spread where Paola really captures the feeling of how reading can activate a child’s imagination. I gasped when I first saw it, because eerily enough, I had same exact image of a pirate ship in my head, but never included any sort of illustration note. Somehow, the scene resonated for Paola and I in the same way even though we didn’t communicate at all. The lesson in this is to trust your illustrator! 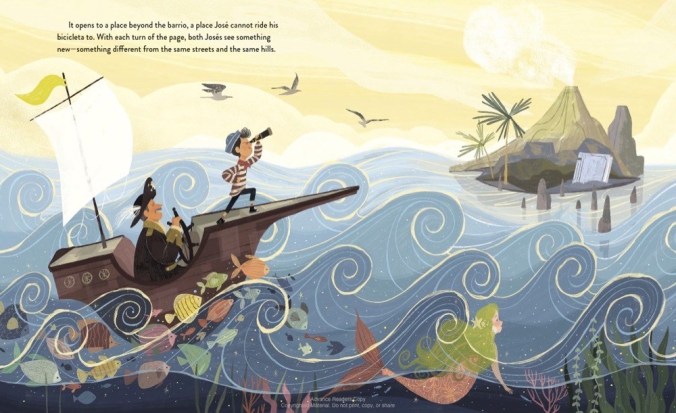 Me: Absolutely!  I love it when that happens.  What is one thing that surprised you in writing this story?

Angela: Because this is my debut book, there were a lot of surprises along the way, but I suppose the biggest one is that moment of feeling it all really come together— words and images. At a certain point in the process this was no longer “my” book I was writing in isolation, but a collaborative effort: José’s project, Paola’s beautiful illustrations, Annie’s thoughtful feedback . . . I really enjoyed how each person’s part made the whole.

Angela: Read and stay curious. Studying how and why other picture books work is vital to your writing practice. And just cultivate your natural curiosity— you never know when you’ll read, see, or experience something that will prompt that lightning-strike feeling. Stay available to it.

Excellent advice!  Thank you for visiting my blog Angela.

Dear readers, if you too love reading picture books that will leave a profound impression on you, then you must track this one down.  Study this one for how to tell a story in a way that makes it applicable to the picture book genre and younger readers.  Yet know that it’s also just a wonderful story to while away the time with and read over and over again.

2 thoughts on “Simply 7 with Angela Kunkel–“Digging for Words””