I am eternally fascinated with stories set in World War II, both fiction and nonfiction.  I think it’s because these are stories that capture the best of us and the worst of us.  Today I get to share one of the best. 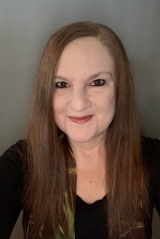 Megan Hoyt first fell in love with reading on a cozy branch of the crabapple tree outside her Texas home. She devoured Beverly Cleary’s books there, and Marguerite Henry’s “horsey books” still remind her of the loud Texas cicadas at dusk. She is the winner of the 2017 SCBWI Work in Progress Award and serves as Membership Coordinator for the SCBWI Carolinas region. Her debut picture book biography, Bartali’s Bicycle, came out in February with Harper Collins Children’s Books’ new imprint, Quill Tree Books. Two more non-fiction picture books are forthcoming, also with Quill Tree. You can learn more about her at her website.

“Bartali’s Bicycle” is a nonfiction picture book that will blow your mind.  It’s the story of an Italian man who was already famous.  He traveled internationally and won awards for bicycle racing, but it’s his secret story that is captured here.  When Italy was invaded, he refused to just sit on the sidelines and watch as the Nazis persecuted the jews.  He secretly joined the resistance and saved hundreds of lives.  Yet even after the war ended, he did NOT want anyone to know what he had done.  This is a story that must be read.  It’s a stunning biography.

Me: You have written poetry and graded readers, been a private tutor on movie sets, and have degrees in theology.  Wow!  What is it then that draws you to writing picture books?

Megan: I write picture books because I used to love reading them to my children when they were young. There’s nothing like rocking a freshly pajama’d, sleepy-eyed child while reading a beautiful picture book to them – the wide-eyed wonder, the chubby finger pointing out things that grabbed their attention on each page. Bliss! So when it came time to choose what I wanted to write, I thought about those precious times with my children and wanted to write something dreamy, lyrical, sweet yet moving. I hope I’ve accomplished that with Bartali’s Bicycle.

Me: I love that.  This is your debut picture book nonfiction biography, with a couple more coming out soon.  How do you find such interesting stories from real life to turn into a picture book?

Megan: You really have to dig to find a story no one else has already written about, so I sometimes google a topic and then scroll to the bottom of the page and click on, say, page 10 of the Google search. That way, you find things others haven’t bothered to look at because they are buried so many pages deep! Other times, I’ll listen to a podcast that grabs my attention or a song or poem or something I’ve read in the news. Jane Yolen once said she used to look for stories in the newspaper, but we don’t get our news from actual papers these days. I also look at the Mighty Girl blog – especially lately since I’ve written about several men and am now looking up women in history who have perhaps been overlooked.

Me: Great idea!  What was it about Bartali’s amazing story that first grabbed you and drew you to write about it? 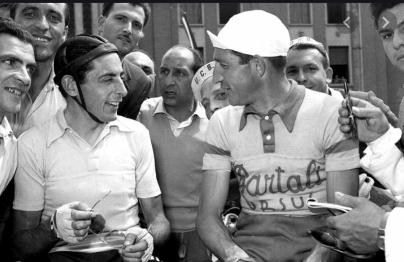 Megan: Oh my goodness — his story was so compelling that it grabbed me right away. There was no one else who could actually do what he did because literally no one else had the stamina to cycle hundreds of miles at a time to deliver false identity papers to convents and monasteries across Italy. It was almost as if God himself had chosen this athlete for this moment in time. That sort of coincidence always fascinated me. The fact that he was religious was part of it, too. He saw this as his duty to God. What if he hadn’t taken that seriously? I mean, we hope people who can do good will do good, but there’s never a  guarantee. He was wealthy and famous and could have moved to America and hidden his family from harm. But he chose to put himself in harm’s way to save the lives of more than 800 people. It tugged at my heartstrings.

Megan: The research was sparse because Gino wanted to hide his good deeds. He said, “Good deeds must be done in secret. Some medals are worn on your soul, not your jacket.” So there were many roadblocks along the way! At one point, I found this amazing fact about him. He had attached a cart to his bicycle and told people it was to add weight so he could strengthen his muscles and increase stamina. But what he was really doing was hauling Jewish children across the Alps to safety!

Unfortunately, the man who put that story on his blog could not tell me where he heard it or show me any verifiable facts surrounding it. So I had to remove it from my story altogether. There were other facts that people disputed, Jewish scholars even. But I found them in his autobiography and verified them with the staff at two different museums as well as the Holocaust Memorial group, Yad Vashem.

I think in this day and age it’s hard to believe someone could be so selfless – especially a famous person like an actor or athlete. We assume there was an ulterior motive or accuse them of lying or exaggerating their heroism. In Gino’s case, however, he didn’t want people to know what he was doing, both for the safety of his own family and because of his personal humility and belief about heroism. He said the real heroes of World War II were those who suffered, not him. All he did was ride his bicycle!

So it was tough to research and I ended up going to Italy twice to verify various facts and to see where he cycled so I could describe it in detail. It was an incredible experience! As I retraced his steps, I was continuously amazed. There is no way I could cycle those giant hills to Assisi, but that’s what he did, sometimes daily.

Me: Iacopo Bruno’s illustrations in this book are absolutely perfect.  Did you communicate with him at all during the creation of them?  Were there any illustration surprises for you? 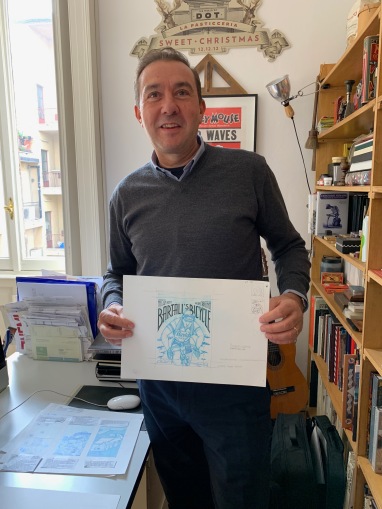 Megan: I did not communicate with Iacopo Bruno while he was creating the art for the book, but I met him at a bicycle café in Milan while I was in Italy. After that, he showed me his studio, and there on his desk were the sketches for the book! At the time, the art wasn’t yet complete, so we chatted about other things. Every illustration was a lovely surprise! I didn’t imagine how they would look in advance because that’s always a fruitless venture when writing picture books, but I could not have imagined anything more lush and beautiful. He has this ability to match the art to the “vibe” of the book, and in this case his art has a 1940s retro feel to it that matches the tone and seriousness of the story, too. It’s such a gift to be able to do that!

Me: Wow!  Any advice for other new picture book writers?

Megan: My best advice is to read recent picture books, fresh off the presses, to see what has just sold and get a feel for what editors are looking for right now. But at the same time, don’t write to that trend because by the time you see them, those books will have sold more than a year ago. Sometimes two! Reading picture books – lots of them – and I mean, really soaking in them and even typing them into a word doc on your computer to let them seep in through your own fingers, will help more than anything else. I struggled for years before I realized I needed to analyze each spread of my favorite picture books and figure out how they were written.

Me: If you could do something that might help others, but it would be incredibly dangerous (and possibly never be known to others), would you do it and why?

Megan: You know, as I wrote Gino’s story, I thought about whether I would do anything so dangerous to help others. And I guess my answer is maybe? I’m not all that brave, but I’d like to think if a moment came where I was the only person who could help that I would reach outside of myself for the strength to manage it.

Gino wrote in his autobiography about his fears for his wife and children. He didn’t tell them what he was doing so that if they were interrogated they would have nothing to say. The stress was just horrible. At one point, he said he became grouchy just from how stressed out he was doing this work.

I think with all we as a nation, and even the world, have gone through with a pandemic and economic stress, it’s been like going through a war in a way. And we have definitely become grouchy! How we’ve each handled it is our own contribution to humanity, although I wouldn’t call it heroism.

Oh I hear that.  Grouchy is a great word for it and I have to agree that I’ve been severely grouchy the last year or so myself.  I’m not sure if I could say I’d be brave enough either (though I always like to think I will be).  Thank you for stopping by Megan.

Dear readers, if you haven’t yet had a chance to read this story, you must!  Bartali’s story is incredible because he did do the brave and right thing, even if it might’ve cost him his life.  It’s stories like this one that reassure me of the good of humanity when we are in dark times.  Megan has researched and written a complicated story with that hope and light woven through every page.  I hope it will brighten your days too, as it did mine.